We set off for our best adventure yet with the goal of doing some resort and backcountry snowboarding down in Bariloche, Argentina. Connor put together an awesome video with highlights of the trip here if you want the quick and dirty version:

We left on Saturday August 23rd and after a 10 hr overnight flight, we arrived in Buenos Aires. We were greeted by stormy winter weather – a pleasant relief from hot, dry northern California. We had booked two nights in a hostel (Puerto Limon) in the San Telmo district, and we spent our first two days exploring the nearby neighborhoods, taking in the local culture, and practicing our Spanish (pretty rusty). Although we were told the city was not as lively as normal given the weather, we still enjoyed the outdoor markets, street performers, and art. 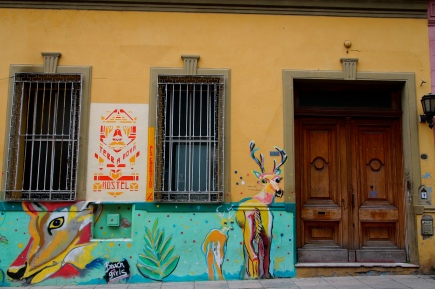 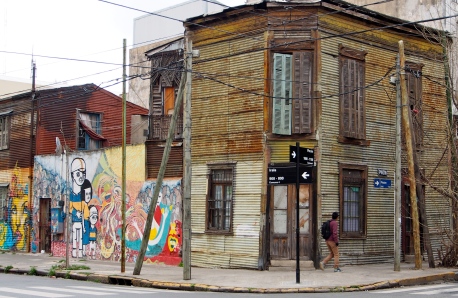 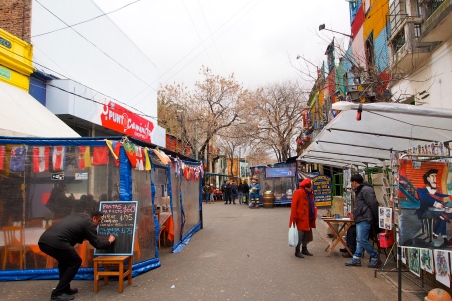 Tuesday we got up early and caught a flight to Bariloche (~2 hr flight). It immediately took our breath away. Bariloche is a beautiful city that sits right on the edge of massive Nahuel Huapi Lake. Giant jagged peaks rise up all around the lake, so the views are stunning in every direction. The weather was perfect: sunny, cool, and clear. Our snowboards failed to make it on our flight, which provided some extra excitement, but we were assured they would be delivered to our hostel later that night. Again, we had booked our first two nights in advance (Pudu hostel). Pudu was a cool place with great hosts, and our room had a fabulous view of the lake. After a night of exploring a few of the local bars (Manush and Bachman’s were favorites), we were delighted to find our snowboards waiting for us at home. 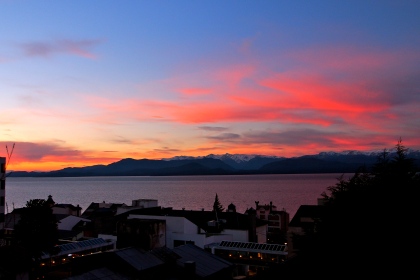 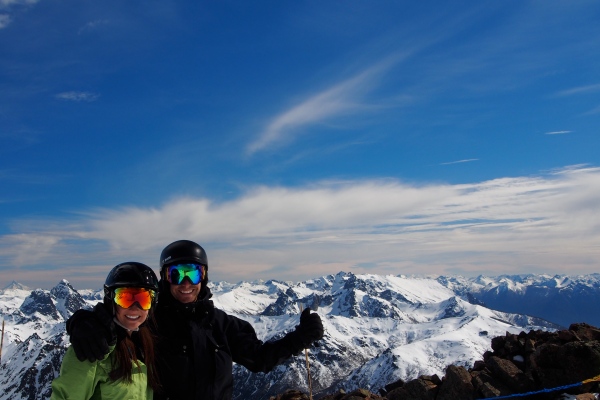 We proceeded to enjoy multiple steak dinners, copious amounts of wine, and some fun resort riding at beautiful Cerro Catedral over the following days. The lower mountain and base area were closed and without snow, but it’s a huge mountain, and there were plenty runs open on the upper mountain to provide for an excellent time. It reminded both of us of Spring skiing conditions in Whistler, BC. There was also a fun mountain vibe with a surprising number of picturesque lodges pouring beer and serving food all day, one with live music. Riding the city bus to and from Bariloche to Cerro Catedral was cheap and easy, although it was often crowded and involved some waiting. 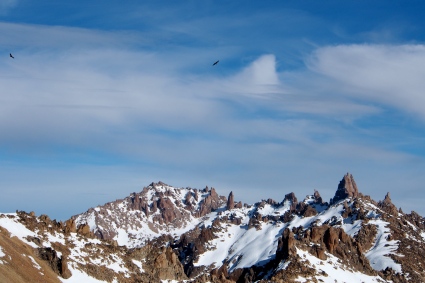 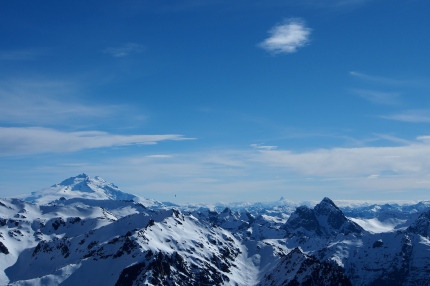 Thursday we moved to hostel Penthouse 1004. It was the most highly rated hostel in Bariloche for a reason, and it was easily the best hostel either of us had ever been too. It is located in downtown Bariloche on the top floor of the tallest building in town. It has an awesome vibe, a huge balcony, and incredible views of the lake! Not to mention providing us with a large, clean room for all our gear. I really can’t say enough positive things about this place. Later that day, we were picked up around noon to go horseback riding up in the mountains. The adventure began with a fantastic steak and wine lunch at the world’s most beautiful lakeside ranch. The hosts were incredibly gracious and the other guests were friendly and fun. Some Argentinian cowgirls took us for a wild ride up in the mountains, stopping midway for a fantastic view. Connor even held his own as a cowboy. When we returned, they served us delicious cafe and dulce de leche treats. Pretty much the best day ever (for me). 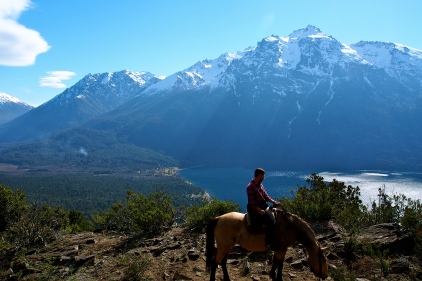 We indulged in a few more days of resort riding, steak-eating, and wine-drinking before taking off for Refugio Frey. We left early on Sunday and caught the bus up to Catedral. We were on the trail to Frey by 10:30am. It was about 4-5 miles of hiking, not touring, to the Refugio since the snow level was fairly high. We were both feeling suprisingly beat, but we made it to there around 2 or 3pm, ate a quick lunch, then headed out for some late day touring. Although we had brought most of our backcountry gear, we quickly realized that we should have brought crampons and ice axes. The upper chutes were too icy for our setup, so we were limited to the lower half of the surrounding terrain. Nonetheless, we still managed to have an excellent time. The cirque around the refugio is an amazingly beautiful place to be, an obvious destination for skiers and climbers (we’ll be back with the climbing gear someday). The host at the refugio, Sandy, made us an excellent dinner, and we enjoyed some cards and wine before crashing. There were 8 total guests staying there that night, and although it can sleep ~20, it was cozy with 8 and would be crowded with many more. The sleeping area was pretty grimy, and although they provide some sleeping bags, we were wishing we had our own (but at least we had brought sleeping bag liners).

On Monday, we were thrilled to wake up to a few inches of fresh snow! The forecast had called for rain, so we were extra stoked. We ate a quick breakfast provided by the refugio and did a few laps in some fun pow. Again, the upper chutes were too icy for us, but we had a total blast. Alas, we had to get back before dark, so we called it quits around 3pm and hit the trail again. We made it back to Catedral around 5:30pm, and after a much needed shower, we treated ourselves to a fabulous steak dinner at Jauja. Perfection. 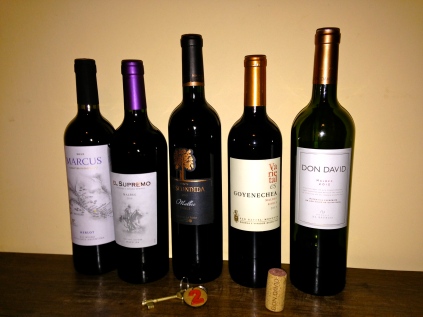 We returned to Catedral for a few more days, and we were even rewarded with a few inches of fresh snow later in the week. We even ran into Miles of snowbrains.com and two of his other friends from the Tahoe homeland.  As the end of our trip drew near, the wine was going down pretty much like water and we were feeling quite at home in Bariloche, already planning for our return. 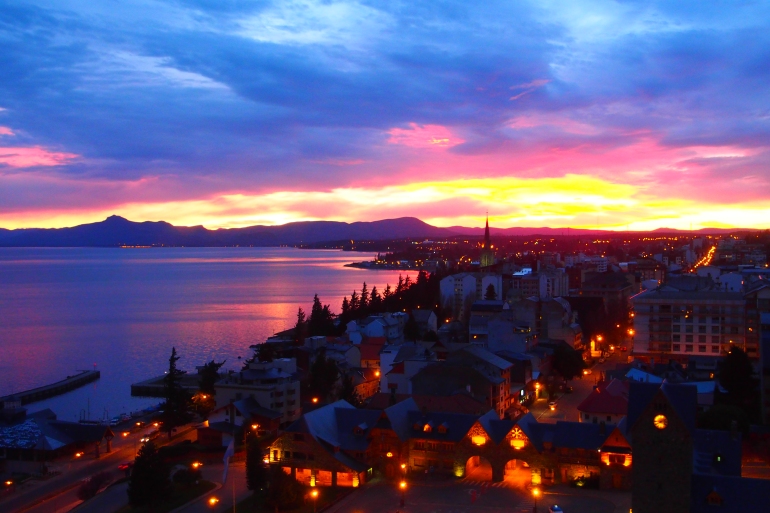 Sunrise view from our hostel room.

Our last night in Bariloche was easily the most memorable, and after a day at Catedral, we had made reservations at a supposedly one of the nicest restaurants in town, Alto el Fuego. We were in great spirits as we killed some time before dinner. We drank in the sunset as well as a bottle of wine, jamming together out on the balcony. We tried to soak up every last drop of this magnificent place. As we discussed our dreams of many more adventures to come, Connor got down on one knee and popped the big one! We couldn’t have been happier. We celebrated with more wine and our best dinner yet, enjoying every last moment. 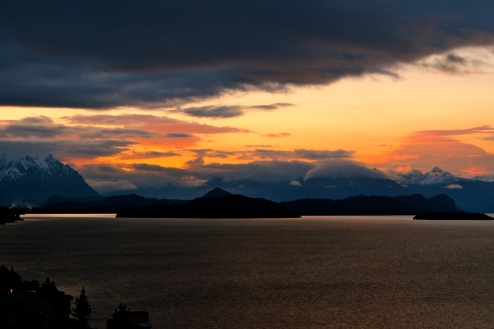 We woke up early on Friday to catch our flight back to Buenos Aires when we got to enjoy one last entertaining adventure in Bariloche. We were informed that our flight had been cancelled, and as chaos erupted in the airport, we got to watch some Jerry Springer-like action go down in Spanish and Portugese. After spending way too long in a tense line of passengers who were all on the brink of panic, we finally booked another flight. Whew. We grabbed some beers to relax since we had some serious time to kill. Then, I was surprised to hear my name spoken over the loudspeaker, amidst a bunch of Spanish that we couldn’t understand. Connor went to investigate while I stayed with our things. About fifteen minutes pass, and I start to worry, imagining the variety of scenarios that could be keeping him this long. So, I gather our things and go looking for him, but he’s no where to be found. Connor had been taken by the Argentinian version of TSA because they did not like the looks of the compressed air canister in his Avy Float pack. Not terribly surprised by this, Connor spent some time trying to explain in broken Spanish what it was and why it was important. He eventually had some success, but they asked him to remove the air in the canister so it would not be pressurized. So, surrounded by armed security forces outside of the airport, Connor let ‘er rip. Everyone jumped at the loud boom, but sure enough, Connor was allowed to go. Meanwhile, I couldn’t have been happier to see him since I was making plans to go to the embassy and learn how to bail someone out of Argentinian jail… Crisis averted.

We eventually made it to Buenos Aires and Connor surprised me by booking a really nice hotel room in Palermo (he told me it was a hostel). What an upgrade! As we prepared to make the most out of our last night, we indulged ourselves in some room service and wine, and then a nice dinner and a very cool show out down town (the name of the show was Fuerza Bruta – highly recommend). The night was made complete when we got to watch a late night lightening storm from our hotel balcony. Could not have been a more perfect way to end the trip. We didn’t fly out until Saturday evening, and we woke up that morning to blue skies and sunshine, so we wandered town. We watched street performers, browsed the local weekend market, and stopped at several cafes throughout the day for coffee, wine, and snacks. All in all, a perfect trip. The airlines only lost our snowboards one more time before we made it home. 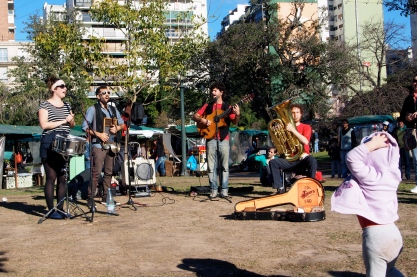 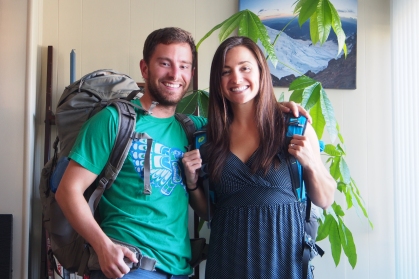 The Bad: Somewhat unreliable airline service… Our snowboards were separated from our flights twice! Thankfully, we were reunited with all of our gear but it would have been a reeeeal expensive trip if they had been lost. We really only had one day of bad conditions (ice and fog).