We briefly sidelined our Spanish road trip for a weeklong drive north to south through Portugal, just the right amount of time to experience the culture of the major cities and get a glimpse of life in the smaller towns. We’d heard a lot of wonderful things about Portugal: nice beaches, a young, vibrant population, delicious wine and food, and affordable vacationing. Too good to be true? We had to see for ourselves.

The beaches on the western coast of Portugal are wide, sandy, and super crowded

We began with one night in Porto, where we found camping right on the sandy beaches of the Atlantic, just south of town. Not the nicest campground, but easy beach access quickly made up for that. We immediately took to the city’s streets to see what Porto was all about: Port of course – the delicious dessert wine – but Porto also has great bars and restaurants, a delightful waterfront to wander, and old fortresses perched on high hilltops. We tried salted cod, a local favorite, and of course, couldn’t resist tasting port at the port of Porto.

Some campgrounds are better than others…

Amazing beach access made up for the miserable campground in Porto

The next day, we were in for a lucky surprise. The Redbull Air Race course was up and the planes made their practice runs all day long. The weather was perfect, and locals and tourists alike walked the long waterfronts, watching the planes diving, twisting, and turning. We were also finally reunited with the Portuguese egg tart (pasteis de nata), a delicious snack that we were introduced to in Hong Kong. We’d been looking forward to this for months – seriously they’re that good. 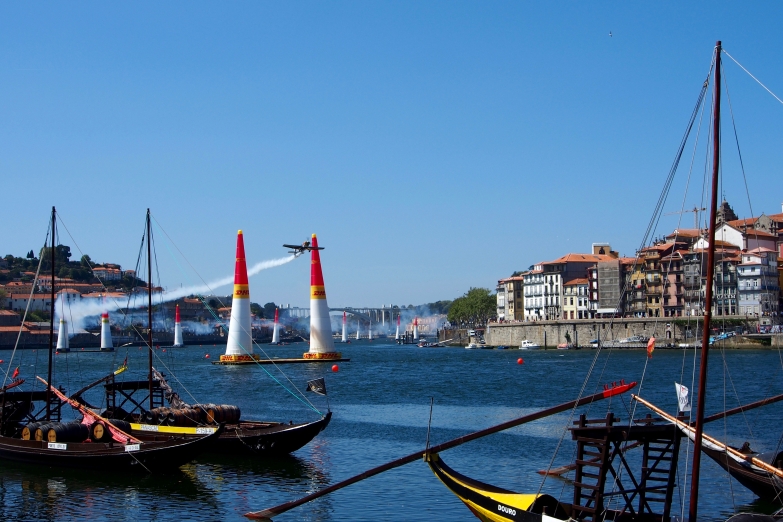 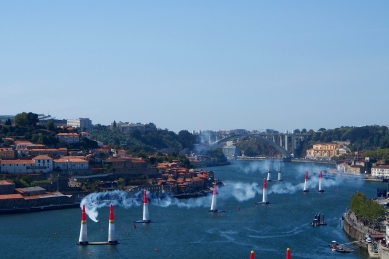 The Red Bull heli above a string of Porto’s unique rabelo boats, which were used to transport wine and grapes up and down the Douro River 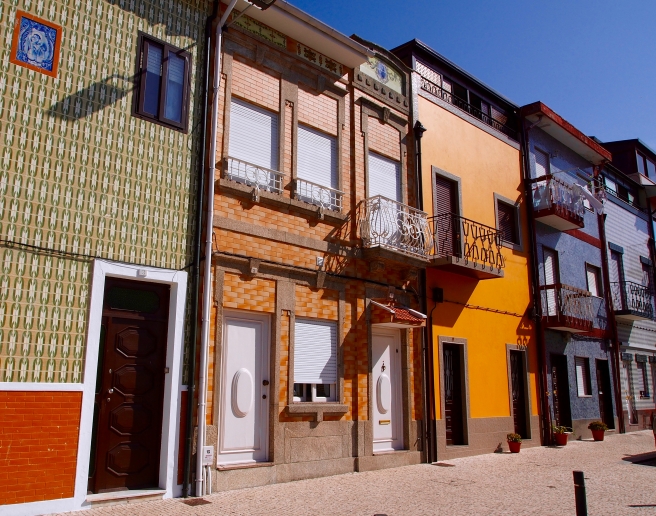 Portugal is known for its ceramic tiles, which appear everywhere including on the siding of many homes and buildings

After one night in Porto, we drove just an hour south to the small beachy town of Aviero. Aviero is small but charming. It has canals and beautiful boats, walking streets and a town square, what’s not to like? Again, we were able to camp nearby, right on the ocean, so even though we didn’t find the town to be jaw dropping in any particular way, it was definitely a nice place to visit for more wandering, tapas, and vino (we’d recommend El Boquerón for tasty cheap tapas and drinks).

Sunset on the river in Aviero

El Boquerón was a fabulous tapas style bar in Aviero 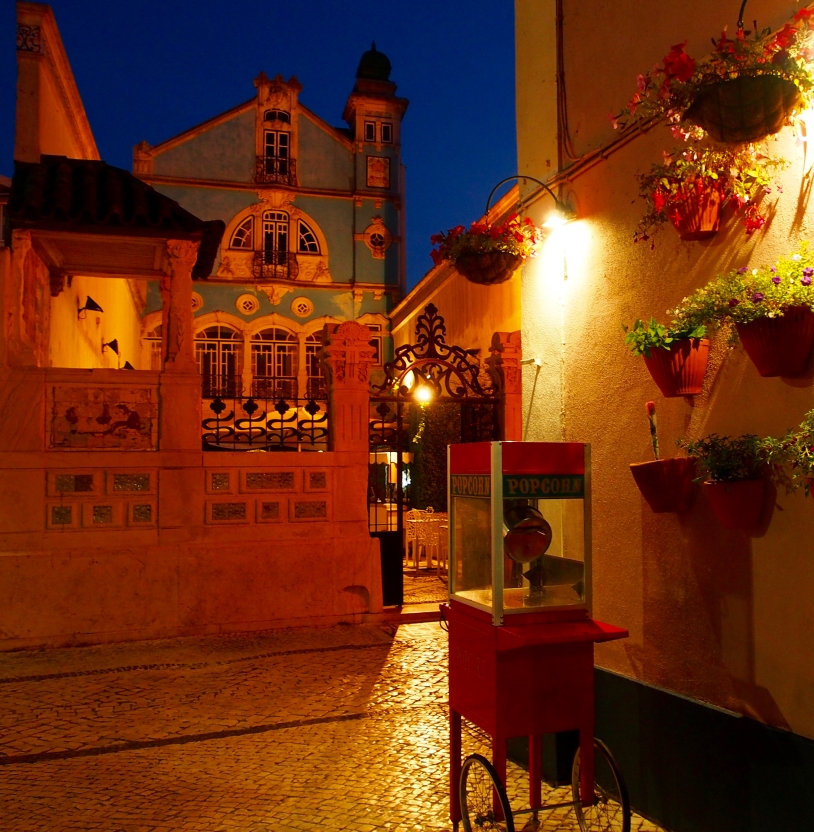 Next up, two nights in Lisbon – a city that was full of surprises. We began with a night on the town, boozing in the party scene of the Bario Alto neighborhood, where the streets are literally packed with people all night long. The scene alone was worth seeing. It was one of the more densely packed party zones we’ve seen around the world thus far. However, somehow it lacked the off-putting trashy tendencies of many “party” cities.

Be sure to catch a sunset from the viewpoint at Belvedere of Our Lady of the Mount – best view in the city!

Every street, sidewalk, and most buildings in Lisbon are beautifully decorated in tiles

The next day, we wandered the waterfront and shopping areas, as well as the old neighborhood of Alfama, and we marveled at all of the tiled streets, sidewalks, and buildings. That evening, we made our way up to “Belvedere of Our Lady of the Mount”, a panoramic viewpoint of the city, where we and many others watched the sunset.

If you can’t make it to Belem for Pasteis de Nata, check out this place in the heart of Lisbon – it was fabulous

Lisbon has plenty of great restaurants, including a lot of seafood – this grilled fish was one of our favorite meals 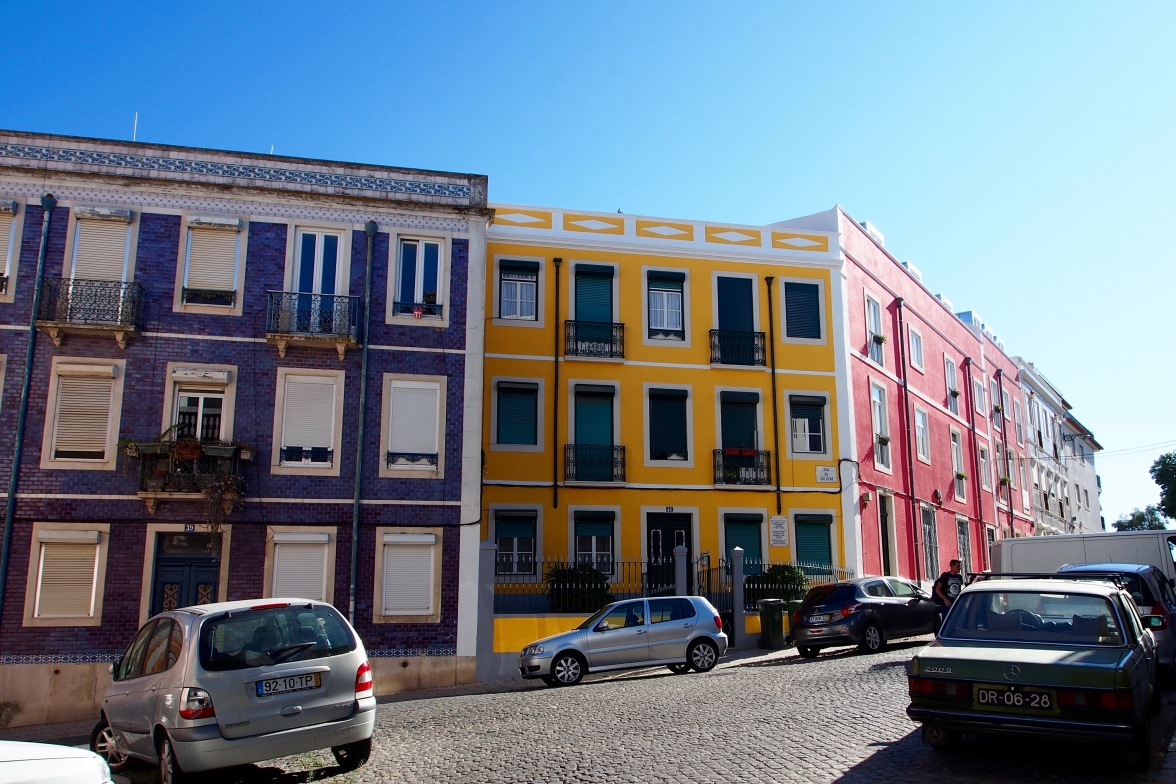 The colorful buildings in Lisbon made for fun photography

Before leaving town the following day, we went to Belem, the neighborhood that houses Lisbon’s beautiful monastery. This is also where you can find Pasteis de Belem, the home of the original Portuguese egg tart pastries (as well as many more delicious baked goods and coffee). Skip the line out front and wander the labyrinth of halls in the back to get a table – there are probably tables available, and there is table service, so you get to avoid the long take-away line. 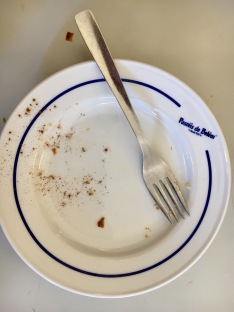 They’re worth the trip – they were gone before we could even get a proper photo! 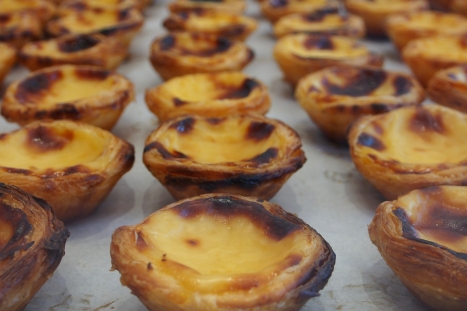 The monastery in Belem

Next, we spent half a day in Sintra, a village just northwest of Lisbon. Sintra is the home of the colorful and unique Pena Palace, as well as the Moorish Castle, and there are lovely forested trails that you can wander in between. We chose to visit and tour the Moorish castle (8 Euro/adult), where you can walk the castle walls and also get a decent view of Pena Palace.

The flamboyant Pena Palace, the star of Sintra

Wandering the trails and castles of Sintra 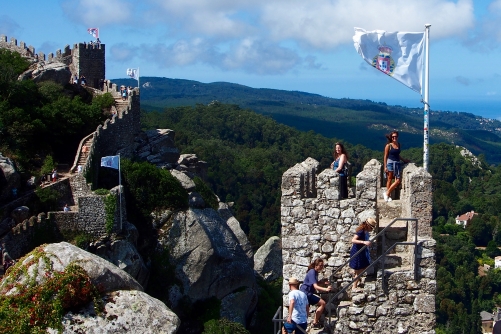 We were happy with our choice to tour the Moorish castle, which offers views of Pena Palace

While many people recommend spending a full day or night in Sintra, a half day was plenty for us. We then drove south where we found remote coastlines, protected park land, and plenty of campgrounds to choose from. We drove until we felt like stopping, and we happened to land in Vila Nova de Milfontes, a lucky find! Milfontes is a small town situated right where the Mira river meets the Atlantic. We walked from our campground, through small village streets, to a viewpoint where you can watch the river enter the sea. It was incredibly pleasant. There were plenty of tourists about, dining and drinking after a day of fun on the water, but it’s a relatively quiet town and was far from crowded.

We spent our final night in Portugal at a campground just outside the resort town of Lagos. Lagos is known for it’s beautiful beaches, turquoise water, cliffy seawalls, spires, caves, and for its large expat population. It’s often said to have the best beaches in Portugal, and its warmer weather and nightlife have also given it a reputation as a party resort destination. As with any other Portuguese town, there are beautiful tiled walking streets, a nice church, and plenty of restaurants and bars, but here you’ll also find more clubs and rowdy groups of tourists.

The hallmark beaches and cliffs of Lagos

The sandy coastal beaches that line Portugal’s western coast are incredibly beautiful (and far less crowded) but tend to be cool and windy, so if you are looking to swim, party, and soak up the sun, Lagos is the destination of choice in Portugal. The calmer water also makes it a great place for water sports like kayaking and stand-up paddle boarding. We sampled a little of everything in Lagos: sunbathing, swimming around from cave to cave, and wining and dining. We even snuck in a sunset visit to the nearby lighthouse which sits at the very southwest tip of Portugal.

The southwestern coast of Portugal near Lagos

Sunset views near the lighthouse of southwestern Portugal

Road-tripping Portugal was thoroughly enjoyable and easy to navigate. Sure, we could have used a few more days here or there to relax our pace a bit, but isn’t that always the case? One week certainly seemed like enough time to sample some of the best of what Portugal has to offer.